A Giant Leap into the Unknown

Inspired by the idea of a complete change of scene and influence, I (together with Helen), found our way to rural Kerala in south west India on the trail of Kathakali dance drama and its associated drumming. This trip could fill a whole book in itself but I will try to stay on task with the particular job in hand.

We lived with a Brahmin (high caste) family in a village and began an intensive course of watch, learn and (try to) do – Helen with dance and me with drumming. Everything was different. Now concentrating on a single drum, the large, heavy, cylindrical chenda, I was required to start again, usually with the children, together with my first teacher Vidiyan Damodaran Nair (VDN). This was very much the traditional model of learning – one to one with a guru. Now, here’s the catch……..I wasn’t allowed the drum. Instead, a flat log and a pair of fat 10 inch sticks – first you walk then perhaps you might be able to run. More critically still, a new technique for my right hand needed to be learnt. Instead of the normal up / down motion, the right (or leading) hand is played in a ‘towards you, away from you’ action. This was very difficult to get to grips with and created many aches in muscles who screamed  ‘why are you putting us through this?’  The local children had no such problems and my struggles created a lot of humour amongst them on a daily basis. This was probably when I was first struck by the notion of humility. I did make some progress however and mastered the initial ‘Ganapedikai’ blessing. I even managed a go on an actual drum at the end!  I think my teacher thought it was ok but he had almost no English and the household weren’t in the habit of passing on any thoughts he might have had.

After this three month adventure, returning to England presented me with a blank page. I had left The Work to go exploring with no plan beyond. Helen’s vision of a multi-cultural group of storytellers and musicians began to crystalise and I could see creative mileage in it, having experienced many manifestations of such-like in India. I became the drummer in Common Lore Storytellers and Musicians, a group who told traditional stories with related music and song to young and old in every conceivable type of venue and circumstance. As the group secured funding, it expanded its personnel and remit. Apart from the performance angle, I now devised drum and rhythm workshops. I even told stories sometimes but that’s another tale………….

Working with African, Indian, Caribbean, South American and Middle Eastern practitioners quickly expanded my knowledge and capability and also showed me how much more I had to learn. New intricacies and subtleties were revealed. I learnt how to fit complementary but different parts of a rhythmic jigsaw together in the classic model of African polyrhythm – what I call vertical formation – or how to negotiate the lines of an Indian tala ( a cycle of a particular number of beats phrased in a certain way) and come out at the end to hit the Sam (1st beat of new cycle) bang on – what I call horizontal or lateral formation.  All very wondrous stuff that seems to carry a degree of elusiveness about it. There is a quote from a latin percussionist who says ‘ I play clave (key / time line) all my life in the hope that one day I will manage to  play the perfect clave’  There is always another destination up ahead! 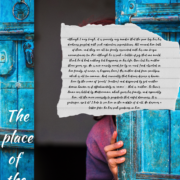 The Place of the Sacred Snake

A Slave to the rhythm: Part 2

A Slave to the Rhythm – Part 5 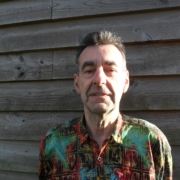 A Slave to the Rhythm – Part 8

A Slave to the Rhythm – Part 3

A Slave to the Rhythm – Part 5
Scroll to top