A Slave to the Rhythm – Part 8

Who needs the biz ?

When I was rather floundering around during my semi-pro years, I had very little real picture of what it would actually take to make the transition to being in a regular working band. The day to day reality was to get the next gig. The phase beyond that has always involved other people working ‘on your behalf’ – managers, agents, record company etc. I must have thought that there was a truly alternative and practical way to circumvent this and still survive.

The music business has been, and still is, a competitive bear pit of an industry. Everyone, with very few exceptions, is in it for the main chance. Historically, it has been peopled by shysters, thugs, gangsters, businessmen, psychopaths and opportunists. Some of them interesting personalities, some not. In this maelstrom, talented and creative people can get swallowed up without a protective hard shell and at least a working knowledge of the mechanics of survival. 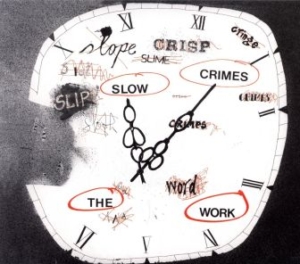 When I joined The Work, it wasn’t just my musical horizons that were shifted. It was learning that another way of operating was actually possible. Through the 1970s independent jazz labels, usually run by musicians, had become established to represent the non-commercial but viable work of their players.

Similarly, the DIY post-punk aesthetic of the same period enabled bands and individuals to take charge of all aspects of their recorded work. In time, the major labels swooped to buy up the stuff with the most commercial potential but the fact remains that there were grass roots channels there.

I heard first hand stories of how life in an ‘idealistic’ early 1970s label (now big enough to charter space travel) deteriorated as it aspired to compete with and be like its more successful competitors. The bottom line remained the same – no commercial potential, no contract – same old same old. A different, Europe-wide, network of artists in a comparable position took form. Rock in Opposition (RIO) aimed to create workable, working possibilities for those whose music, and whose politics, were  distinctively more left field. The increasingly active line of exchange was developing with the UK’S recent joining of the EEC (EU) and this artistic initiative drew strongly from the often regional, rather than national, power bases in Europe. Left leaning politics was supporting the arts with funding that enabled non-commercial activities to take place, often in regions that had been historically more ‘culturally deprived’. Rock in Opposition’s initial constitution honed in on this and created exchange possibilities. The Work was a distinct beneficiary of this in its early life and toured widely in likely and unlikely places throughout Europe. Festivals brought together many international practitioners and I saw a wide selection of weird, wonderful (and sometimes not so) and bold original bands.

This sort of approach, it goes without saying, will never make a handsome financial living. It is, almost by definition, non-commercial. My time within its exciting early years was intersected by my decamping to India. Whilst there, my artistic and aesthetic priorities shifted sufficiently to re-orientate my life in a different direction. I have already detailed some of this in blog 4.

As far as shaping my attitudes, these experiences outside the mainstream music business made me wary of being involved in it in any meaningful way. Such caution has stayed with me and I’m happy to give the biz a wide berth. I accept that this often makes it difficult to achieve a profile for one’s music but I’ve never been led by contract or manipulation. I’ve been a free agent and accepted the shortcomings that go with it. I’ve also been very lucky.

The Place of the Sacred Snake